Amazing Tennis Weekend with the IPTL

I want to begin this post by saying I love my camera! I’ve had it for four years and I never realized that the sport setting is pretty awesome.

And now that that’s out of the way, I had the most amazing tennis weekend ever! Over the weekend, Manila played host to the International Premier Tennis League (IPTL). It’s a new concept for tennis and is the brainchild of former pro Mahesh Bhupathi.

In the IPTL, four teams will compete over the next two weeks in four different Asian countries: Philippines, Singapore, India and UAE. Manila was the first leg, and we hosted the Manila Mavericks (go team!), Singapore Slammers, Indian Aces and UAE Royals. There are quite a few rule changes, because the IPTL is supposed to be more fan- and TV-friendly. Each match is composed of 5 sets, but each set is played as a men’s singles, women’s singles, mixed doubles, men’s doubles, and past champions’ singles. So each team has men’s singles and doubles players, women’s singles players,  and (this is where I almost lost my mind), men’s singles legends. There are no let serves or ad points – if the serve is in, play continues even if it hit the net, and whoever wins the point at 40-40 wins the game. They have a happiness power point, which basically awards a double point to the winner. The coaches usually call for it when their player is 30-40 down so they can still win the game. (It took us a while to understand why it was called a “happiness” power point – is it because it makes the teams extra happy? But then we realized that it was sponsored by Coke, so there you go.) There are coaches’ time-outs, and the team coach can substitute the players any time. There are no tiebreakers either – at 5-5, players go into a shoot-out, where whoever is ahead at the end of 5 minutes wins the set. [I had to edit this to add the 20-second serve clock! How could I forget that? There are only 20 seconds between points so play is pretty fast-paced. At 5 seconds, there’s an ominous buzzing sound that warns the players. If you don’t serve in time, you lose the point. Sharapova, for one, kept that buzzer busy for almost all her serves. Sadly, I remember Rafter losing a crucial point because of this.]

Manila was actually just a last-minute replacement in the league. But because one of the original host cities had some issues, we stepped in and I’m so glad we did, because this was really the experience of a lifetime. I became a huge tennis fan in the 90s because of Pete Sampras, who is still my favorite athlete of all time. In the initial promos for the IPTL, Sampras and Agassi’s names were included, so I did not hesitate to buy tickets the moment they became available. I thought I was finally going to see my idol. But it turned out that the promos were slightly misleading (but not inaccurate), because though both Sampras and Agassi are members of the league, members don’t have to participate in all the matches. So, I was a bit disappointed to find out that Sampras wasn’t coming to Manila because he was the only reason I bought the tickets.

But if I had known that he would not be coming here, I wouldn’t have gone to the matches, and I would have regretted it because there was still some pretty awesome tennis!

So, let’s begin with the legends who did come to Manila… 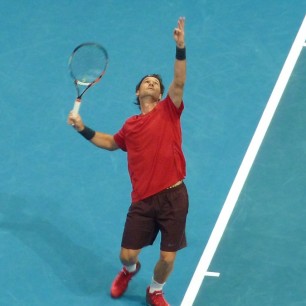 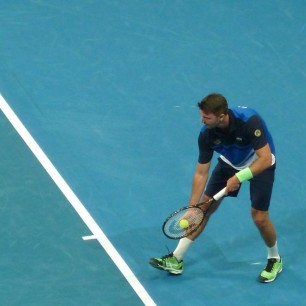 They played each other in the past champions’ singles, and I have to say this was my favorite match of the whole weekend. Moya is a former World Number 1, and we all know Goran and his monstrous serve. I loved these two guys back in the day, though I never got to appreciate them much because they played against Sampras a lot. But I cheered for Goran when he won his emotional Wimbledon (as a wildcard, no less!). Though they’re both retired, their set was an incredible display of intelligent tennis, with each point carefully crafted. It was like watching artistic chess. And it didn’t feel like a pair of old guys, either. They still had it, and Goran’s serve was as deadly as ever. Goran was so animated and interacting with the crowd a lot, so everyone loved him. Moya was playing for the Mavericks, but I wanted them both to win, or maybe just keep playing the whole night.

I shouldn’t forget that the Mavericks also had Andy Murray, Maria Sharapova, Jo-Wilfried Tsonga, Treat Huey and Kirsten Flipkens. Murray and Sharapova played mixed doubles, and even though they lost,  it was still amazing to watch them both. How often will you see them play together? 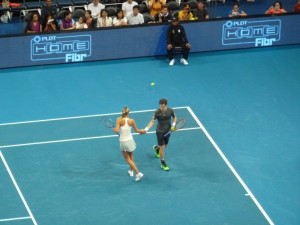 My second favorite match, just because it was totally unexpected, was this one… Mark Philippousis and Pat Rafter! 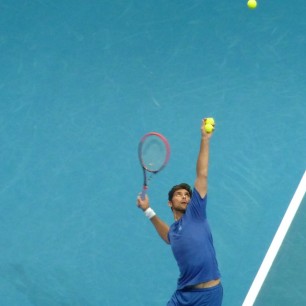 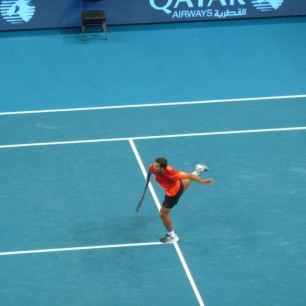 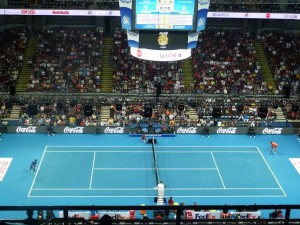 Philippousis played for Manila, but he only showed up on the last day. I didn’t even know he would be there, and when the players started warming up, I don’t think anyone even recognized him. Or maybe it was because he came out on to the court along with Serena Williams, and everyone went crazy for her. We were sitting in the nosebleed section, and I only noticed Philippousis because he was just so handsome (sorry!). In the back of my mind I was thinking it might be him, but I had no idea it was even possible, and faces can get pretty blurred from the nosebleeds. But when the players went back out to the dugouts for their entrance, the whole stadium went berserk when Philippousis was announced. His set against Rafter was pure and classic – Rafter with his vintage serve and volley game, Philippousis with his superb backhand passing. I don’t even remember him being that good on tour! His serve still seemed like it was as strong as when he was playing on the ATP, and every shot just seemed so crisp and sharp. He beat Rafter, and though for the first two days I was going gaga over Rafter (because hello! it’s Rafter – another favorite), when Philippousis showed up, I had eyes for no one else. Does that make me shallow? Probably. But you cannot deny that he is a handsome guy, and when you add to that his superb playing, it’s unstoppable. He started the day right for Manila, because after his win, the Mavericks won 3 of the next 4 sets and took their first win of the weekend.

My last highlight was also the last set played over the weekend – Andy Murray vs Nick Kyrgios. Murray lost on Friday and Saturday, and this was his last chance to win a men’s singles set. The win for Manila was on the line, and Kyrgios was giving his everything. It was a tightly fought set, and they traded breaks until 5-5. Which meant a shoot-out, for the last game of the last set of the weekend. The crowd was cheering every shot and every rally, and just couldn’t keep quiet during the points. In the end, the last rally ended at the last second, with Murray finally winning and sealing the deal for the Mavericks. 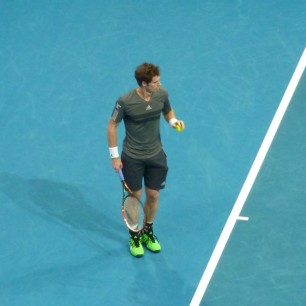 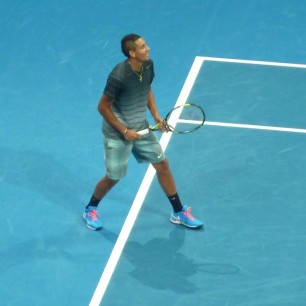 The crowd just went wild. In fact, the crowd for the entire weekend was so loud and involved, because this was the first time in years that legends and current champions have played here. My dad told me that McEnroe and Borg once played an exhibition match here in the 70s, so that was a whole generation ago. But this was now, and this was real for us. It was amazing to see Serena (hello, current women’s number one, respect!), US Open champion Marin Cilic, Ana Ivanovic, Gael Monfils and Tomas Berdych. Plus, to get to see the legends play live! I didn’t really care that they were past their prime. It’s like listening to classic vinyl – it never gets old. If tennis were music, 90s tennis would so be my jam. And if they’re that good now in their 40s (I was shocked to find out that Rafter is 41 and Goran 43. What!), I can only imagine how they were when they played those Grand Slams.

This whole weekend completely rekindled my love for tennis. I never realized how much faster everything is live and that the exciting tennis I watch on TV is already slowed down a bit. I had started to lose interest, only watching Grand Slams when Nadal was playing. But now that I’ve seen how awesome live world-class tennis is, I’m back to appreciating the game, even if my favorite isn’t playing. And of course I’ll be following the IPTL until the final leg, because we have a team carrying our colors! Go Manila Mavericks! (Go follow the action at http://www.iptlworld.com/!) 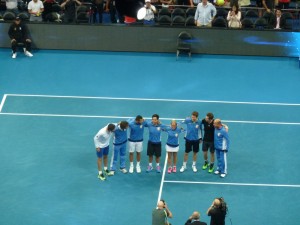 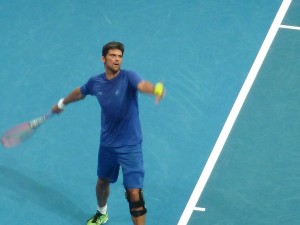 A bonus shot of Philippousis, just because. Thank you, Panasonic Lumix, for giving me these photos even from our oxygen-deprived cheap seats.

4 thoughts on “Amazing Tennis Weekend with the IPTL”