The first thing to remember when watching Give My Regards To Broad Street is, you can’t look at it as a movie. Otherwise, even true-blue Paul McCartney fans – who are probably the only people who will watch it anyway – will be disappointed.

The plot is simple: the master tapes of Macca’s newest album have been stolen, and if they’re not found by midnight, a group of corporate sleazebags will take over Macca’s empire forever. So the film follows a day in the life of Macca as he tries to fulfill his rock star obligations – a BBC guest spot, a radio interview, and recording sessions – while trying to find the tapes. It also stars Linda McCartney and Ringo as themselves, and Barbara Bach a.k.a. Mrs. Ringo as a reporter with barely any lines. It also has a long line-up of famous guests, but to be honest I only recognized George Martin and Eric Stewart.

I think Macca was trying to recapture the magic of “A Hard Day’s Night”. That film was basically a day in the life of The Beatles too. It had practically no plot, but that movie was fun. The Fab Four were still enjoying their success, and it showed. That quintessentially British humor – with a lot of quiet moments, clever wordplay, and just downtime – worked really well. (Who can explain British humor? I just know it when I see it, but I can’t explain it).

Give My Regards… had a lot of those moments too, but I don’t quite know why it didn’t work out. I remember watching this for the first time as a kid of maybe 7 or 8, and all I remember was the “Ballroom Dancing” sequence. I didn’t get the rest of the movie, so when I got a copy of it a few weeks ago I decided I had to watch it again in the hopes that it would make sense. It still didn’t.

But. If you look at it as a an extended music video, everything becomes clearer. You can focus on the songs and appreciate their beauty. I hadn’t heard some of the songs from this movie (and soundtrack) in a long time, and hearing them again made me realize how much I’d been missing. Songs like “So Bad”, “No Values” and “Not Such A Bad Boy” are severely underrated. My favorite scene has to be the extended rehearsal scene, where Macca and the band basically just play these three songs back to back to back. (This is also where Ringo delivers one of the funniest lines in the movie: “Do you think you could get some heat in here, or are we practicing to be Canadians?”) I wish Paul would sing more of this stuff on his tours. But maybe he doesn’t want to be reminded of the disappointing reception of Give My Regards. 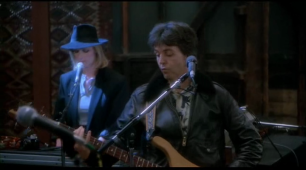 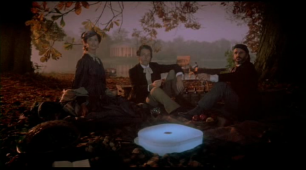 What is the purpose of these dream sequences, Paul? What? 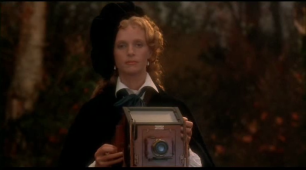 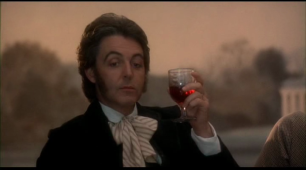 Check out those sideburns.

To be fair though, because I barely remembered the plot, the twist at the end did surprise me. (Yes, there is a twist!) So you can tell yourself that after the first 90 minutes, it gets interesting!

I’m a solid Macca fan. This is thanks to the influence of my oldest brother, whose spirit animal is probably Paul. This is why I call Paul Macca. And why Paul and Linda are a legitimate relationship goal. Did you know that Linda had no musical training whatsoever, but Paul just wanted her to be with him even when he toured, so he taught her some keyboards? Imagine being a regular person, but because one of the planet’s greatest rock stars can’t live without you, you get to play in a band, in the biggest arenas and stadiums around the world! (These are normal conversations we have in our Macca-loving household).

This is also why I have the heart to say when I don’t like any of Macca’s work. But God help whoever else disses him! In the end, don’t take this movie – oops! music video – seriously. This is perfect if you just want to relax, have a cuppa and watch something that won’t ask too much of you. How can you ever lose with some gorgeous McCartney melodies? Also, I am now obsessed with his leather jacket. I want it. 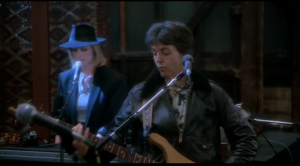 ← All About The Blog Bar
Pride and Prejudice – Jane Austen →